A snowy March view of the garden.

Snow and freezing temperatures?  In March?  In Ireland? Well, it isn’t what I would expect from a generally mild climate, but there you have it.  I have to say that the cold weather has allowed me to organize some of the inside of my house without feeling the pull of the garden!  I guess I needed that excuse to get my work done. Yesterday we had snow, sun, more snow, and more sun.  I took a bunch of photos throughout the day and this morning, all from the same spot.  That would be called distraction from housework. 🙂

Early on a snowy morning with a rather gray sky.

The sun started to melt the snow. You can see the snow topped hills in the background. 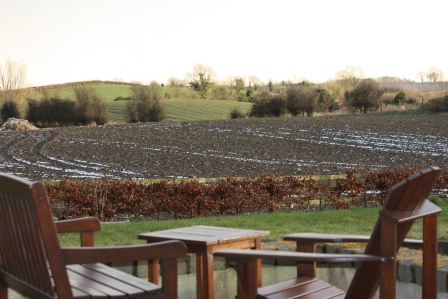 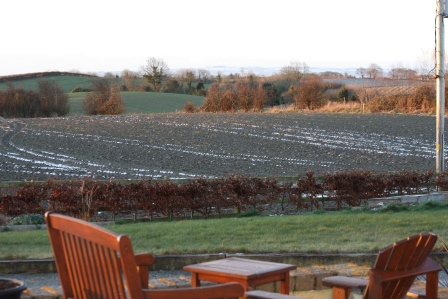 Early the next morning. You can see the sun starting to shine on the back fields to the right.

I love how the sun changes the look of everything.  It was very strange to see it snowing while there was a beautiful sunset! 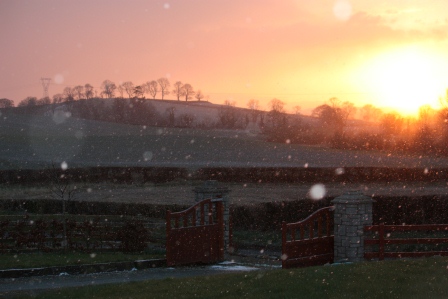 Snow does funny things to the lens…

The second picture isn’t as nice as the first snowing picture, but I thought the sky was amazing.

So I haven’t been doing much in my garden.  It is working away, though, all on its own.

I took some pictures of a handsome pheasant the other day.  I was driving on our back roads in no hurry to get anywhere when I came across this lovely guy.  I rolled down my window and got a couple of shots. 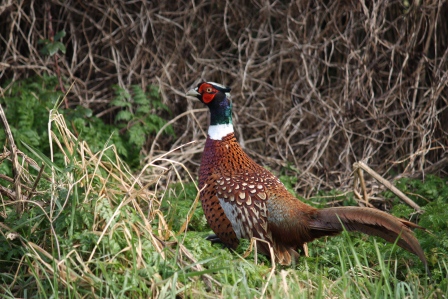 He’s not so sure about me!

They are so beautiful!  We have quite a few in our area. It is not unusual to see them running through the back field.  Thankfully, we don’t see many rabbits…

This one is safe enough for the garden…

I think we’re in the lion phase of March … here’s to hoping the lamb shows up soon!