Hello and welcome to my blog! Here in Ireland, we have enjoyed some glorious weather this summer. Near the end of July we had two full weeks of sun, heat and stillness with no rain. It was amazing (and unusual)! The garden is now appreciating the long drinks of water it has been getting the past week. There is a distinct change in the air, though, that fall is not too far off. The garden is in a constant state of flux, and it is fun to note it with a simple meme of ‘Six on Saturday’, hosted by The Propagator. Let’s see what’s in store this week!

1 – Blueberries! I planted blueberry shrubs in my garden quite a few years ago. From the beginning, it seemed they didn’t really enjoy our garden. They always seemed to drop their berries before turning blue! But it turns out, the birds had more to do with this than I realized. I didn’t mind too much, since to me the plants were spectacular in the fall with their leaves turning from green to crimson. This year, though, with the garden revamp, we decided to spend some extra time to see if we could get some blueberries for us to eat! We first spread out the older shrubs as they were getting quite cramped. Also this season, we added Sulphate of Iron to the soil. I believe it was Laura, from Garden Answer, who suggested it in one of her videos. The third thing we did differently this year was we added netting. Although it wasn’t the pretties of setups, it did the job, and the blueberries stayed on the shrubs until they were blue! I picked two small bowls of blueberries, and a few times I just went out and ate a handful. They were delicious! We will hopefully figure out a ‘prettier’ way to cover them next year.

2 – Garlic! Last October we planted our over wintering organic garlic Vallelado. It is very easy to plant garlic! They should be planted between the end of October and the end of November, ideally. Plant at a depth of three to five inches (7.6 cm) and six inches apart. I harvested mine the beginning of July and they have been drying out in our shed since. The only other thing I did was weed the bed a few times. We also had a relatively dry spring, so I kept it watered. So easy, and so tasty!

3 – Lavender! I’m a bit late on writing about this one, too. Lavender is usually harvested in July. I managed to still cut some in August this year as our growing season was a bit off due to a strange spring. I love working with lavender! I made a few fresh lavender wreaths this year (as opposed to dried lavender wreaths). I didn’t make any Lavender Wands this year, though. (You can check out how I make them here.) There just wasn’t any time. If you do dry lavender, it is worth noting that the flowers keep their scent for years!

4 – Double lilies! New to my garden this season are two groups of lilies: I purchased a Lotus Dream Mix of double oriental lilies and planted them in my rose bed. I also added a Magic Star lily to my container garden, on my back deck. These join my ‘double surprise’ lilies, which live next to my largest lavender plant off of the back deck and are neighbors to a plain white variety of lilies that are always last to bloom later in August. I love scented flowers, and these beauties have a wonderful scent that can be noted without having to bend down to specifically smell them!

5 – Perovskia atriplicifolia Little Spire! I have to confess that when my friend Susan exclaimed how fabulous my Perovskia looked, it took me a minute to realize she meant the Russian Sage. I’m just not very good at proper names. Hopefully now I’ll remember this one! This plant was purchased as a small plant in 2017 and seems to be quite happy. If you like to dry flowers, this one keeps its purple stems for quite a long time before fading.

6 – Pumpkin Arch update! The arch has two different types of squash growing on it: Jack O’Lantern pumpkins and Red Kuri squash. The pumpkins are growing quite large. I usually grow baking pumpkins which are medium to small size. These guys are getting huge. I’m not exactly worried, but I think it would be better if they didn’t get so big! The Red Kuri squash start out yellow and then change from orange to a reddish color. They are medium sized. Some have started to change color already. You can’t really see any of that just yet since all of the leaves are still in the way! I will have to try and get some close up pictures so you can see the squash and pumpkins. I’m wondering if it won’t grow any higher, either. It doesn’t seem to have grown ‘up’ this past week, although the outside vines of some of the plants are still growing out. We’ll see. It certainly is getting plenty of rain this week.

That’s my garden update! I hope you are enjoying your summer, no matter what the weather is like. 🙂

Follow Mom in the Garden on WordPress.com
Join 957 other subscribers 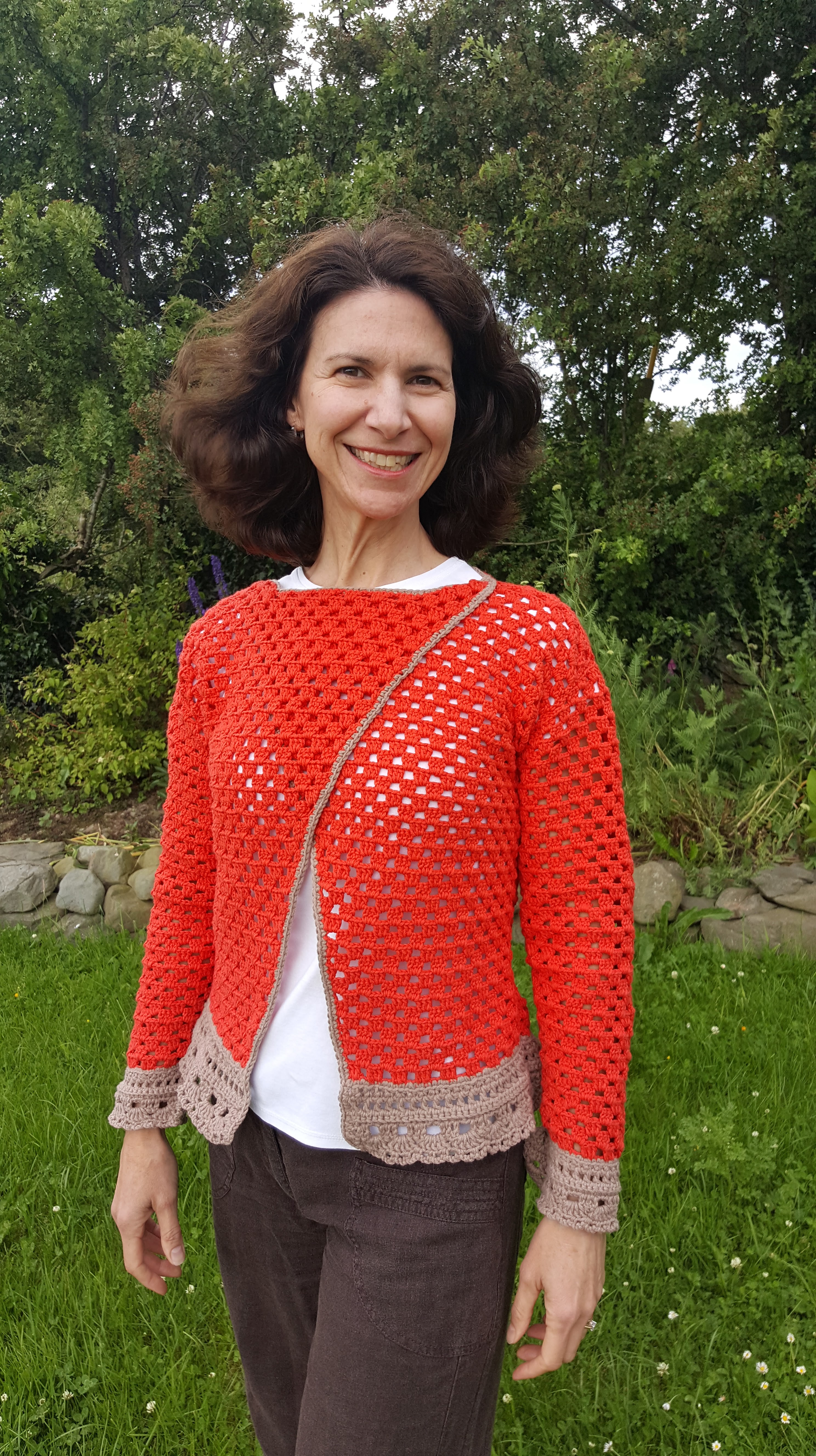