Hello there! This post follows on from a previous post about what I think is easiest to grow in the garden. Since time is precious, we only plant what is easy to grow in our garden. In my view, the first place award of the “easiest to grow” contest belongs to garlic, but this is followed quite closely by pumpkins. We have found them to be very easy to grow, love how they brighten up the garden with their orange blossoms and the actual pumpkin, and especially love cooking and baking with them!

Potting up our seeds in a sunny hallway in April. The cat *usually* leaves them alone…

In late April, I usually start my seeds inside as we have a sunny hallway where they do well. The seeds are the seeds which I washed and saved from my pumpkins the previous year. The original purchased seeds were organic (of course!). In the picture above, my pumpkin plants on the right are well on their way, while my sunflowers on the left (shhh, those are my 3rd place winners for the “easy to grow” award!), have been planted later as I want them later in the season. Despite Kitty knocking over the plants, they survived just fine.

Four Pumpkin plants (in left bed, the right bed have yellow squash) in early June of our very dry, warm summer this year 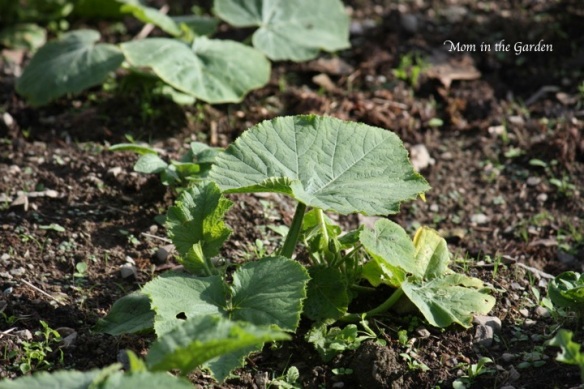 Bed of pumpkin plants and their bright orange blossoms (from 2017)

I have only grown baking pumpkins, although there are many different varieties of pumpkins. Basically, I want pumpkins for soup and pumpkin bread, so I tend to stick to what I like. 🙂

Did you know? There are male and female pumpkin flowers. This one is a male, standing high above the plants.

When it comes time to move your new potted plants outside, it’s important to not just throw them out into the wide open world without first acclimatizing them. It takes about a week. I’ll usually leave them outside during the day and bring them in at night. By the very end of May, after all chances of frost are gone (hopefully!) and we’ve given them their daily-dose of ‘outside weather’ for a week, I’ll plant them in a sunny spot in the garden. 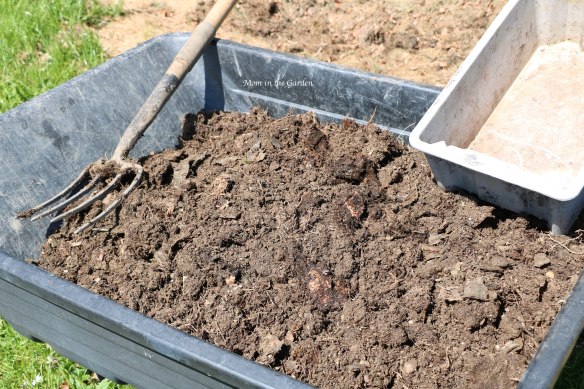 Compost from our garden

Pumpkins love compost. Sure, what plant doesn’t? I work LOTS of compost into the soil. From what I read, they also like water, but I’ve never had an issue with needing to water them any more than other plants (haha! I do live in Ireland though…). We did have a very warm and dry summer last year, actually, and all of my pumpkins matured by the end of August! I’d never had that happen before. They are normally still green in October!

A female flower atop of an immature fruit

After they’ve settled in to the bed, the first flowers to appear will most likely be male. There are normally more male flowers than female, and the female flowers will bloom later in the season. But honestly, I don’t pay attention to any of this (or I haven’t in the past), and everything just falls into place when it should. I’ve always had between 6 to 12 pumpkins per season, which is fine by me. 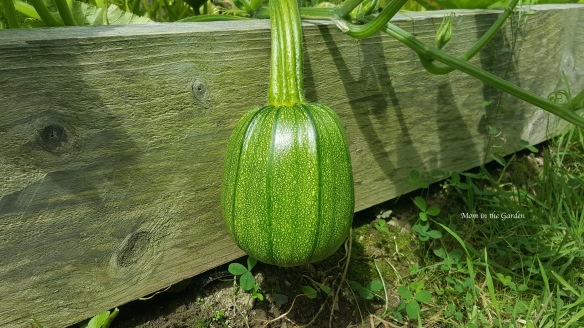 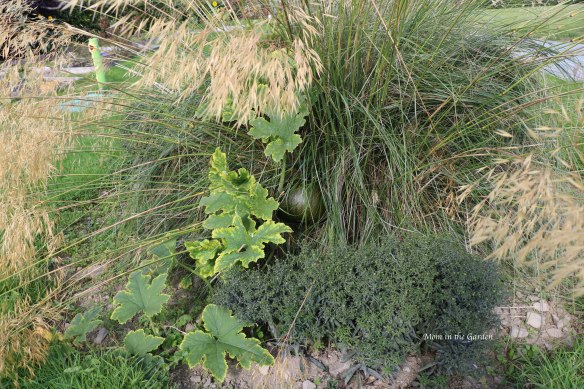 This pumpkin wasn’t fussy about where to grow… Can you see it in the ornamental grass???  It’s not like I planted it there! 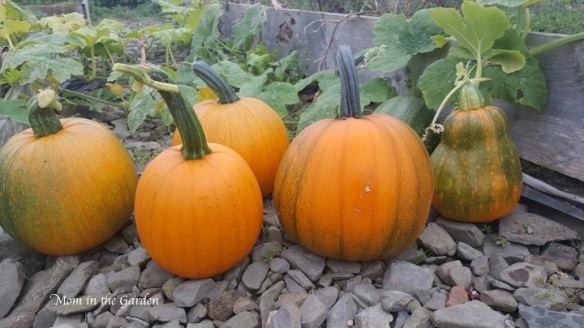 pumpkins grow in all shapes and sizes

Normally, near the end of the season I cut off all of the leaves of the vines to help the sun to ripen the pumpkins from green to orange. This can also happen after they are cut from their vines. To prolong the life of the pumpkins, you should leave them a bit longer in a sunny spot, after cutting from the vine. It is best not to leave them sitting in the soil though, especially at this stage. I’ll either have them sitting on flat rocks or I’ll bring them onto the front porch area.

Pumpkin bed (on left, yellow squash on right) in August

Cut free from their vines, the pumpkins can end up anywhere in the garden for photo shoots! (2017)

Oh! I forgot to say that I also like using pumpkins in my photographs! That orange (and even when they are still green) is just fabulous! 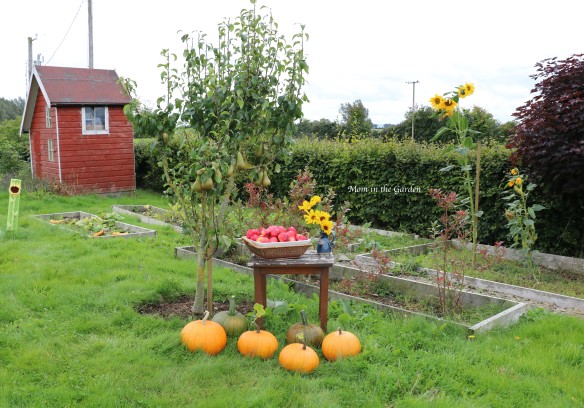 I love the colors of the red apples and orange pumpkins!

I really like having pumpkins in the garden. It is great fun to see how many we’ll get, and how fast (or slow) they turn orange. Pumpkin is a taste that I think people either love or hate, there is no in between! There is also nothing like the taste of fresh, homegrown pumpkin! 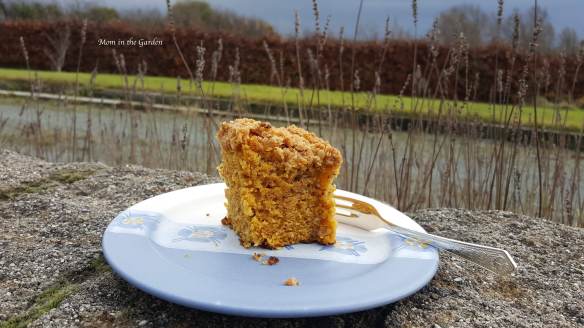 We call this “pumpkin bread” but really, it should be called “pumpkin cake” as it is so delicious!

I’ve linked our pumpkin bread recipe, but I need to update it to include the crumb topping we now always add.  The original recipe is still awesome, it is just that bit more awesome now!

pumpkins can be found anywhere in the yard for photo shoots…

I keep our house decorated with a fall harvest theme until Thanksgiving.

We have a fall harvest theme in our house until after Thanksgiving!

Only after Thanksgiving do we start to decorate for Christmas.

Haha! Sorry, I just had to use the picture with the santa hats!  🙂 Back on topic; What about you? What do you think are the easiest things to grow in the garden? I’d love to know!

6 thoughts on “2nd Place Award for “Easy to Grow & Adds Color to the Garden” goes to Pumpkins!”