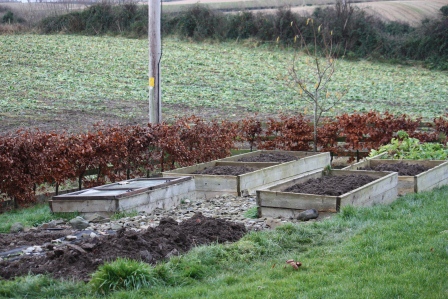 Vegetable garden in November.  The beech hedges are finally finished!

Tenacious.  This word played around in my head as I enjoyed another day of working in the garden.  You’ll never guess what I was doing… more weeding and trimming along the hedge! Tenacious, or maybe crazy?  No, I like tenacious better than crazy.  Determined is another word that comes to mind.  It just once again shows me that anything is possible if you put your mind to it, stick to it, and take it in small steps!  You know, maybe it does help to be just a little bit crazy, too. 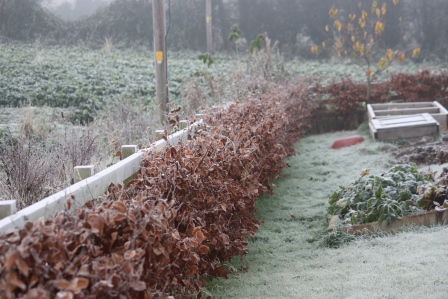 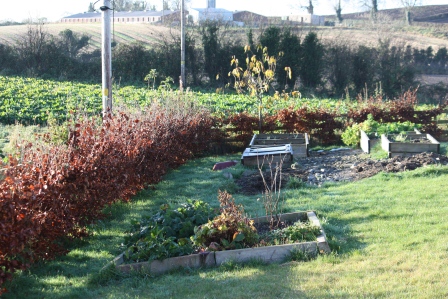 I have been very unlucky with nettles the past few times in the garden.  My hands, my legs, my feet, my ear (!) have all been stung numerous times.  I wish I could say I’m getting used to it, but it still hurts every time.  Some of the nettles were as tall as me.  You could say that the weeds had gotten a bit out of hand! The very good news is that I have finished the worst of the job.  I worked on the area around our vegetable beds, and it looks better than it ever has.  I am so pleased with it.  I really didn’t like taking pictures of that area since the weeds were higher than my hedges.  Granted, a lot of the weeds were on the farmer’s side of the fence, but still. 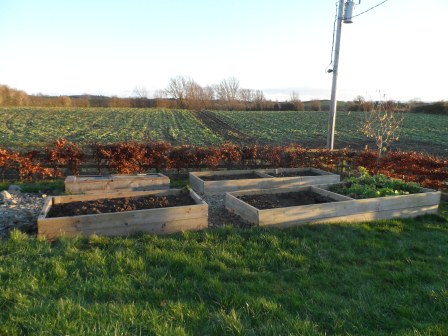 A cleaned up vegetable garden. 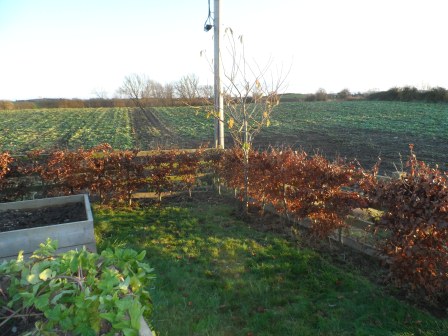 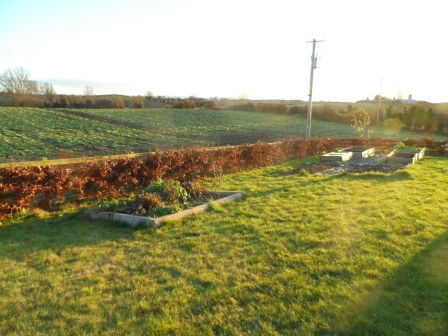 Speaking of the farmer, he was out harvesting his sugar beet in the field behind our house yesterday.  He’ll use the sugar beet to feed his cattle.  I enjoyed a nice chat with him.  He offered to spray those weeds on his side of the fence for me.  He said he hadn’t done that since he knew I didn’t like sprays.  (He’s getting to know me!) He’ll be moving cattle into the field next week.  Do cows eat nettles??? 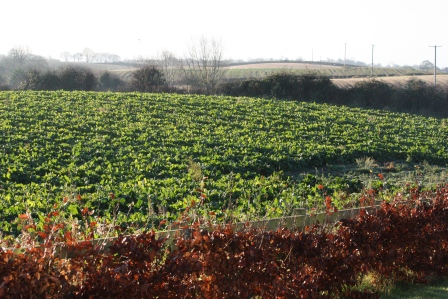 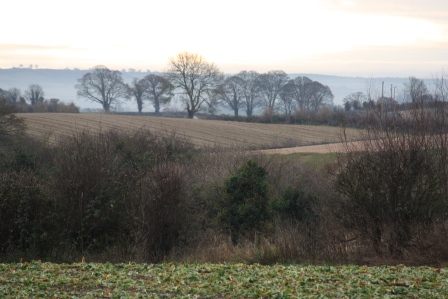 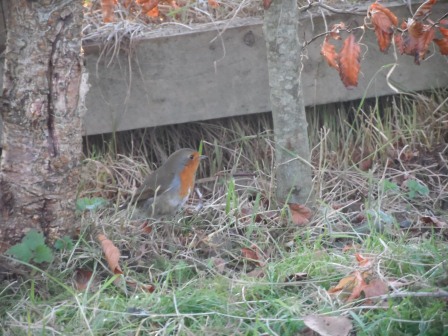 An Irish Robin under the fence.

I was lucky enough to catch a picture of this little Robin while I was working.  It’s worth keeping the camera at hand! The picture of the harvested sugar beet above, was taken at around 1 PM. I thought the sky was so pretty, even though still somewhat gray.  I think this is my first post with no pictures of flowers in it, but I’ll finish with a picture I took of the moon.  It was quite low, and you can just make out the trees (if you look *real* closely) and the cloud behind the moon.  It was spectacular to see! 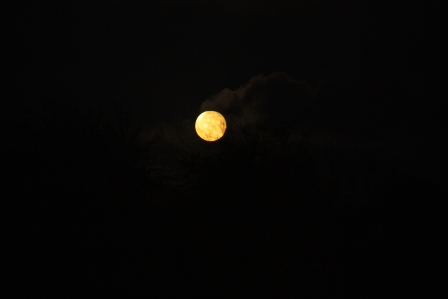 2 thoughts on “The most photographed beech hedges in Ireland!”